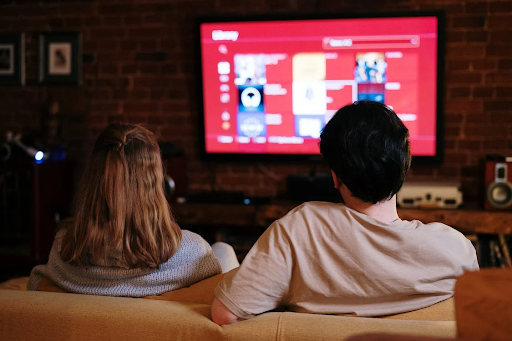 One of the most prominent streaming platforms also houses tons of romantic comedy series. So for those looking to get rom-com movies to watch with that special somebody or while you’re alone looking to feel a sense of affection, don’t go further! Our list of 10 celebrated and award-winning rom-coms is set to activate that mood.

Whether you’ve had a rough or hectic day at work or just trying out something new with your partner, they will surely brace up the mood. Well, while some series haven’t gotten an award, they are nothing short of their value and impacts. From classical ’90s rom-coms to the latest blockbusters, everyone has something to enjoy here.

WHAT IS A GOOD COUPLE MOVIE ON NETFLIX?

Netflix has garnered massive recognition among several streaming platforms existing on the net. Due to its wide-ranging collections of films from numerous genres, you might get lost while picking a film to watch with that special person. However, we have saved you that stress by curating a list of the best romantic and yet funny movies for your viewing pleasure. We’ve skimmed through and dug out 10 of the best Netflix offers for you. Enjoy reading!

1. To All the Boys I’ve Loved Before

This is one of the best romantic movies I ever watched, it was scripted based on a bestseller publication by Jenny Han. The storyline tells the tale of a young lass who tries to send anonymous letters to all the boys she had a crush on. At a point where one particular note gets leaked, what happens next? This glamorous fiction of teenage affection is alluring. You’ll surely love every bit of what’s happening there.

Due to the wide acceptance of the movie, the producers serialized it.

This movie takes on the saga of a trio in a typically tortuous love circle. It tells how Linus tries to avoid the revocation of his brother’s marriage, David, who likes to break girls’ hearts. In order to avert such an occurrence, Linus set up the crazy girl Sabrina to fall in love with his brother. Here the saga is about to begin. Stream Sabrina on Netflix and scale through your suspense mood.

The Holidate movie tells the story of two love birds who spend their whole holidays together for the year. Sooner than imagined, their love reminisces turned sour, and this pops up the question of what went wrong? Go check it out for yourself on Netflix. This is a must-watch for couples in love.

The movie collections of Netflix are country-specific and the largest of all is the US collection. The approach to unclog it is to modify your VPN server to that of the US and enjoy your loved TV shows. With VeePN virtual private network tool, you will unblock the Netflix US server at a cost that doesn’t require you to break a bank. All new users have a free trial and a money-back guarantee offer.

Like Father, a movie premiered on Netflix that tells the tale of a supposed wedded bride who was left alone at the altar. What did she do wrong? Nevertheless, she went on her honeymoon alone to shun the emotional trauma. The affection is genuine and yet nonphysical. The abandoned supposedly married spouse finds herself amidst a startling get-together graced by the presence of her dad, who she last saw at five.

In the movie ‘As Good as It Gets’, a writer with Obsessive-Compulsive Disorder saw the other side of things while he was getting along with a female attendant at a cafeteria he often patronizes. What happened when he hesitantly assisted his neighbor and his pet during an attack. Find out in this sensational romance film.

In this epic release, a song reporter who just got served from a relationship is set to relocate to a new city. She goes on board with her friends on final bare nighttime. What happens on the trip? You’ll get it figured out in this dramatic film.

The story tells tales of a lady who keeps manipulating 3 men. How does Nola get into different men at the same time without wanting to be involved in a commitment with any of them? At some point, the perfect manipulator got served when her superficially flawless plan hit the rock.

In this film, a duo who work as aides unite against their difficult superior to stay off their frantic job demands. Obviously, there is an iota of affection hovering over their boss. Even though you should try as much as possible not to add love to your working realm, you can catch the vibe by Netflixing it from the comfort of your couch.

9. Always Be My Maybe

If you’re looking to watch the latest rom-com movie on Netflix, ‘Always be my maybe’ is a hysterical rom-com movie you should check out. It tells about a Humorist who connects with an old-time friend only to discover the old-time flash even though they currently follow a distinct path in life.

Our list of best rom-coms will be incomplete without including the award-winning movie, ‘The Artist’. The play was based on hoary Hollywood still movies. In the 19th century, a still prominent moviemaker ran into a co-actor. The duo worked together to revive their personal and professional relationship to revive the glamor at the cove. Wondering how it got an award? Check it out for yourself.