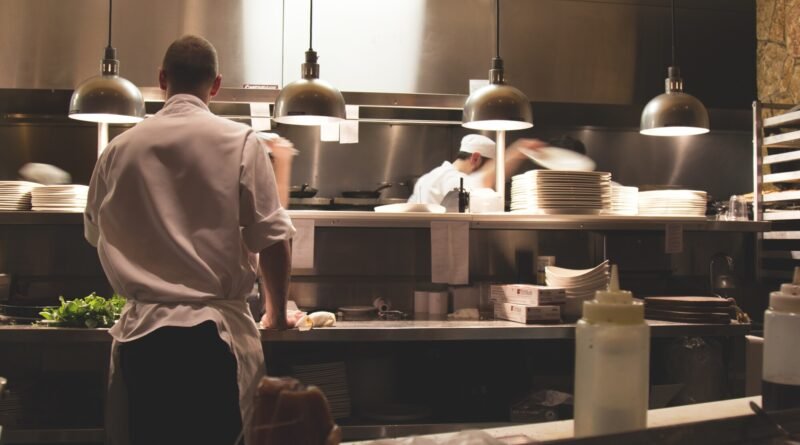 Roughly ten percent of the American workforce consists of restaurant workers. The industry has always had its up and downs but has been a consistent space for first-time workers, people making ends meet, and lovers of the industry.

But, like the rest of the affected economy, COVID-19 has changed the industry, possibly forever. More than ever, local restaurant owners are struggling to keep workers and their doors open to the public.

Why has this global event significantly affected the restaurant industry so much? The effects resulted in a mass labor shortage of workers. Keep reading to find out a labor shortage explanation and answers.

The False Blame on Unemployment Payments

There’s no doubt unemployment rates increased from the pandemic. In fact, in 2020, they increased by fourteen million people from February to May alone.

People outside the service industry turned to blame anything but the impossible standards of the industry for the restaurant worker shortage. Complaints made included calling many lazy for staying at home during a global pandemic.

These false accusations result from those who have most likely never worked in the service industry. They don’t have the compassion to understand how demanding restaurant jobs are.

This insensitivity doesn’t take into consideration the real reasons why restaurants are having a harder time hiring and keeping employees.

The lack of restaurant workers more so has to do with having time to reflect during the pandemic. Many workers in the industry did return to work when their employers deemed it safe to reopen. Many others decided to change directions in life.

The quiet solitude during the times when restaurants were all closed meant for once, restaurant workers could breathe. If you’ve never worked in the industry before, it’s kind of like swimming and only barely keeping your head above water, getting knocked over wave after wave.

The hours are long and abnormal. Many places, unfortunately, don’t treat their employees well. They short them on money and overwork them.

Bosses often have anger issues and are inadequate. If you thought Gordon Ramsey’s anger was bad, you haven’t seen half the chefs in America in action!

While this is a bit unfair, and of course, not every restaurant operates under borderline traumatic and abusive circumstances, one fact remains the same across the board. Working in a restaurant is exhausting.

If the restaurant is successful, every day is full of constant chaos and commotion. It’s strenuous on your body, psyche, and emotions.

Servers deal with rude customers. Cooks deal with tight, hotter than Hades working conditions. Despite being around food all day, most workers don’t get a chance to take a break long enough to scarf down a meal.

Apart from the hustle and bustle lifestyle you have to maintain to keep up in the industry, you’re also most likely dealing with poor communication and management issues. Though the pandemic was an unsure time for everyone, many restaurant workers didn’t hear from their places of employment post-pandemic.

Some filed for unemployment and were told they’d hear updates whenever there were any, to only receive radio silence after the fact. Others had a difficult time even obtaining unemployment benefits in the first place.

This is a direct reflection of how normal operations are in restaurants. There are a few managers and then the higher-up people who are really in charge.

A lot of the time, nobody knew how they were managing the place. It was more about making small adjustments when necessary to survive a shift of over four hundred covers.

Not wanting to work in a place that is near inoperable makes sense for the poor restaurant workers involved.

Even with mask restrictions making a comeback, people in the restaurant industry have a higher chance of catching COVID.

Some restaurants have maintained the highest standards for their staff and customers when it comes to COVID safety. However, others are only concerned about the survival of their business. This means sacrificing the safety of their employees to make money.

Restaurant workers deal directly with a lot of people. While most are cognizant of how they interact with customers, it’s still nearly impossible to wash your hands after touching every surface, plate, or credit card you come into contact with. Also, though customers wear masks walking to their tables, they don’t wear them while sitting or eating.

This puts the workers at higher risk of potentially getting COVID or the delta variant. Many aren’t willing to not only put themselves at risk but also their friends and family.

Around the country, there are signs in front of businesses bragging about the benefits their employees get. Some of these incentives include a $15 an hour starting pay wage, insurance benefits, or paid time off.

It’s a good thing these places are striving to make the benefits for their employees better. It’s still the bare minimum.

Restaurant industry workers don’t usually get the luxury of having the same benefits as, say, office workers. Paid time off, or time off in general, insurance while not full-time, and a livable base pay are not required for restaurant workers.

It shouldn’t have to take a pandemic for companies and employers to see that they’ve been undervaluing their staff all this time. In fact, some workers see these pleas as desperate and a poor excuse to find workers.

Time away from the restaurant allowed for industry workers to know their worth. Without them, an executive chef and restaurant owner don’t have a working restaurant.

The shortage of restaurant workers has to do with them realizing their value and demanding more than bare-minimum effort from employers.

If it isn’t clear by now that the shortage of restaurant workers is due to a problem with the system and finding few pros to outweigh the cons, it may never be understood. If companies, employers, and even workers recognize these problems and are willing to put effort into fixing them, the labor shortage will be a thing of the past.

If you’re interested in more about the current economy, labor shortages, and more, read the posts under our ‘Business’ tab.