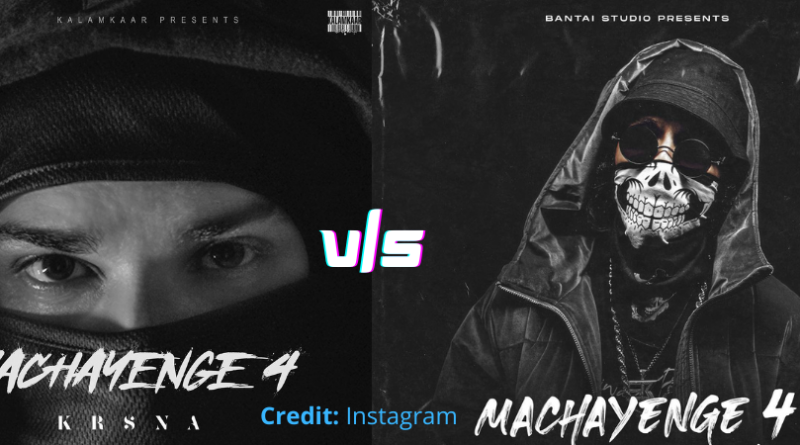 In India it appears the beef between the rappers Emiway and Kr$na is still very much alive. Emiway’s latest song, “Machayenge 4,” was released on Tuesday. As soon as it did, Kr$na fans went ballistic on Twitter, writing negative things about the rapper with the hashtag #Shame On Emiway. Emiway used some explicit language in the diss track intended at Kr$na, which prompted a troll fest on Twitter as many fans expressed their displeasure at hearing such language for the latter’s mother.

#ShameOnEmiway, a Twitter user remarked. The kind of abuse is taking place in Emiway’s channel, it’s excessive. No facts, no response, just abuse of the hashtag “#fan converted into hater” in The Emiway’s #Machayenge 4.

Another wrote, “The sad thing is new audiences will come here due to his fame and think this trash is real rap and never listen to the genre ever again.”

Three days earlier, Kr$na released a song with the same name as “Machayenge 4” that is critical of Emiway. On YouTube, Kr$na’s diss song is currently trending and has received more than 8.5 million views. More than 2.8 million people have viewed the tune since it was published by Emiway on Tuesday morning.

Is this something new?

For more than two years, Emiway and Kr$na have been at odds. Since then, both rappers have been putting out songs that criticise one another. Emiway said in a song he released titled “Freeverse Feast” that he was the only rapper in the world who represented India. It’s vital to note that Emiway appeared in the Ranveer Singh and Alia Bhatt film “Gully Boy.”

A music label by the name of “Kalamkaar,” which also has another well-known rapper by the name of Raftaar, has signed Kr$na. A while back, Raftaar publicly sided with Kr$na after choosing a side.

The relationship between Emiway & Raftaar

Emiway and Raftaar also got into a fight in 2018, trading a total of five diss tunes. The conflict began when Emiway put out a diss track with a tape of Raftaar from an interview in which he said that Emiway would not be making money at this stage of his career since he was still an underground musician.

Then, in retaliation, Raftaar released a track titled “Sheikh Chilli” in which he accused Emiway of being phoney and deceitful. During their vicious rap duel, Emiway and Raftaar amassed a tonne of YouTube and other social media views and notoriety. Their fans and followers at the time produced a lot of reaction and breakdown videos.

Krishna Kaul, known mononymously as Krishna (stylised now as KR$NA; previously as Krsna) and formerly as YoungProzpekt, is a rapper from New Delhi, India. He is one of the earliest rappers to emerge in the Indian hip hop scene in the mid-2000s under the stage name Prozpekt.

One of the largest independent rap musicians in India is Bilal Sheikh, also known as Emiway Bantai. The Machayenge boy began his rap career in 2013, right after he finished his 12th year of formal education.

In 2013, “Glint Lock” served as his first song. He gained success in 2014 thanks to his song “Aur Bantai.” His diss single “Samajh Me Aaya Kya,” which was directed against the rapper Raftaar, made him a viral phenomenon.

He is currently an independent, well-known rap musician from India with 15.7 million subscribers to his YouTube channel.

How did it all start?

So, a long time ago, Emiway and Kr$na collaborated on a song. We’re probably unsure of what transpired between them following that. That is mysterious. However, Kr$na unquestionably supported Raftar after Emiway disparaged him. Emiway and Raftar engaged in conflict. Later, it shut.

In his song “Freeverse feast DAAWAT”, Emiway Bantai describes himself as  a “Motherclutching Beef Rapper” and asserts that no one else is representing India.

Additionally, he states in the “JUMP KAR” video, “Chhota dikhta hun, par hard hu mei bhai… Aane de bhai, Jiski bhi baari hai. (I may appear little, but my brother, I’m really tough. These English subtitles are only found in Emiway’s Jump kar video; I did not translate them. If you want to stop me, come over; I’m waiting. Therefore, he makes it plain that if you challenge me, I’ll be waiting.

Therefore, it is evident that Kr$na is winning the Diss game right now in India.