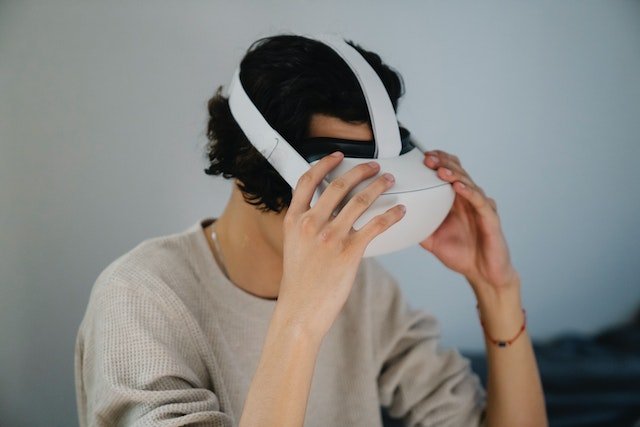 Think back on scenes in films like “Minority Report,” “The Matrix,” and others, where the actors’ utilization of cutting-edge technology blew the minds of moviegoers. Although fictional at the time, many of these technologies are now available and used in consumers’ everyday lives.

Here are some science fiction technologies that have made it from the silver screen to everyday life.

Popular culture’s fascination with the possibility of smartphones began with films like the 1966  “Star Trek: The Original Series.” In the movie, the device was named a “Tri-coder”. It bolstered many buttons and a tiny screen that utilized facial recognition. Today, this technology is found in phones, computers, and advanced security systems. Some businesses are even utilizing a facial recognition time clock for employees clocking in and out of work.

The Realms of VR

These days, virtual reality (VR) is one of the most exciting markets for IT companies to enter. Several major tech companies, including Samsung, LG, HTC, Facebook, and Microsoft, have virtual reality products. It was movies like the Matrix that popularized the idea of virtual reality. Although the films depicted a somewhat different method for entering a parallel universe, the basic idea is the same.

Another technological breakthrough, the hoverboard, had previously only been seen in science fiction and video games, such as ‘Subway Surfers.’ Today, however, this technology exists, and it’s evolving into something much greater. Last year, Lexus developed a hoverboard that merely floats a few centimeters off the ground.

Technologies Based On Motion Sensors

Viewers of the “Minority Report” were stunned by the film’s depiction of technology from the future. Hollywood star, Tom Cruise, was depicted in the film using a transparent glass screen that responded to his taps and swipes, much like the motion sensor technology of today.

Think back to how “2001: A Space Odyssey” (published in 1968) captivated audiences with the prospect of video conferencing. Eventually, the technology was used in a wide variety of other films. Now, people use platforms like Skype and Zoom every day.

Smartwatches, which have been available for only a few years, first appeared in “The Jetsons” comic of 1962 as nothing more than a concept. The show’s plot was in the distant future, with flying automobiles, nifty gadgets, a virtual assistant, and more.

It’s a satirical tale, not a prophecy that firefighters would one day be responsible for igniting fires. However, the film features an intriguing technology that accurately foreshadows the widespread adoption of headphones with earbuds.

A digital sea of audio, of song and discussion, washed up on the beach of her unsleeping head, and the “seashells” were “thimble radios tamped tight.” In 1966, the transistor radio was the only portable sound source. While headphones did exist, they were ungainly and cumbersome. Bradbury and Truffaut imagined a future where people listened to music and private conversations via earbuds the size of a thimble.

People didn’t start donning seashells and immersing themselves in songs and podcasts as they did in the film until the first Apple iPod was released in 2001.

A self-aware supercomputer that ignites nuclear Armageddon, merciless killbots, and Bill Paxton’s spiked radical hair are just a few things that kept us up at night while watching James Cameron’s science fiction thriller “The Terminator.”

Amidst all that, futuristic depictions of Hunter-Killer drones — essentially military-flying drones equipped with weapons — are also there.

The armed services had been using “target drones,” airwaves autonomous devices used for target practice that were shot down, and “mortar launchers,” uncrewed aircraft and vessels used for surveillance, since the early 1980s. The Terminator predicted the use of armed crewless aerial vehicles (UAVs) by the United States military, but it wasn’t until the “war of terror” in the 2000s that this happened.

In 2001, the MQ-1 Predator became the first military drone to use remote triggers to fire weapons. In case you still don’t believe that the Hunter-Killers from Sarah Connor’s nightmares are accurate, the United States military is now debating whether or not to deploy autonomous drones with artificial intelligence.

Most would agree that Marty’s self-tying shoelaces in “Back to the Future Part II” were unlike anything they’d ever seen or thought to be possible. Sure enough, Nike’s new Hyperdapt 1.0 self-tying shoes now feature two buttons used for tightening the shoe’s laces.

In the nineties, movies like “Total Recall” explored the potential of driverless cars. Years later, internet search engine giant Google made the concept a reality. Nearly every major automaker and even some of the largest internet companies are now developing autonomous vehicles.

As you can see, there are many examples of modern technology that were originally conceptualized in science fiction films of the past. Although most of these gadgets were thought of as only imaginative at the time, advances in tech, human creativity, and a better understanding of the world around us have brought these ideas to life. It makes you wonder what other incredible things may come into existence in the near future.