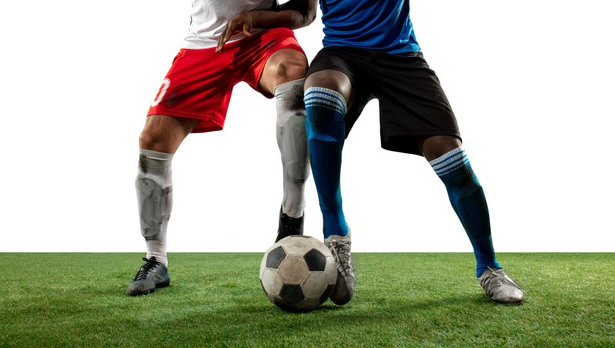 The pandemic hit hard the German football, and bankruptcy threatens many Bundesliga clubs as some sponsors fail to continue their financial support. However, this is not the case for FC Union Berlin that benefits from the re-affirmed commitment from AroundTown.

The break in the game due to the coronavirus has a significant impact on the financial situation of some football clubs in the Bundesliga and the second division. The latest news report that 13 out of 36 professional clubs can face bankruptcy if the current crisis continues. FC Union Berlin is one of the lucky clubs as the main sponsor AroundTown stated that they intend to continue to sponsor Union in season 2021-2022.

“We stand by Union Berlin 100%”. Union knows that they can rely on us,” said Director Oschrie Massaschi. Union is a newcomer to the Bundesliga, and the sponsorship confirmation is more than good news because the club doesn’t have the same reserves as other seasoned football teams. Many football clubs in Bundesliga registered short-time work, and the players voluntarily gave up part of their salaries to help their team survive the pandemic.

FC Union Berlin got its main sponsor in 2019 when the real estate company AroundTown SA decided to support the team for the 2019-2020 season financially. AroundTown is known for its support for the new generation and is committed to helping the football club create a bright future. It operates as a real estate firm that manages and invests in residential and commercial real estate assets, primarily in the Netherlands and Germany.

At present, the real estate company is Europe’s third-biggest landlord and the highest rated German commercial real estate firm. Its success is exceptional and  its stocks are traded in the prime standard  of the Frankfurt Stock Exchange. AroundTown holds 45% interest in Grand City Properties, a real estate company that invests in German and UK residential real estate markets. Grand City Properties has 4000 apartments in middle-class locations in London and 60,000 apartments in the main cities of Germany.

AroundTown has investments worth over €30 billion in residential and commercial real estate in Europe. Yakir Gabay is one of the major stakeholders in the real estate company, owning 10% of the company. He also serves as deputy chairman of the advisory board. Gabay’s first public project was the strategic investment in Grand City Properties in 2004.

The multiple mergers with reputable European companies have consolidated AroundTown’s reputation on the market. In 2020, it merged with TLG-Immobilien becoming the largest publicly listed commercial real estate company in Germany. In 2019, AroundTown  completed the acquisition of 22% of Globalworth, becoming one of the major strategic investors of the polish team estate giant.

AroundTown and Grand City Properties are known as brands sponsoring national sports events. The journey with FC Union Berlin started as a partnership with the youth team that later evolved into a sponsorship for the first team. It first became a member of the Union family in 2017, and now it sponsors both the U17 and U19 teams, alongside the Bundesliga one.

AroundTowns’ officials declared that they decided to support the football club because they consider the two have multiple common interests and goals. Their major purpose is to succeed in their respective industries in the long run through sustainable strategies and actions. FC Union Berlin started its first Bundesliga season with a partner capable of supporting it financially.

The upgrade to long-term main sponsor is a commitment of the real estate brand to uphold the football club even during the challenging times the pandemic brought to German football. With their re-affirmed support, AroundTown enters the third year of cooperation with the first team of FC Union Berlin.