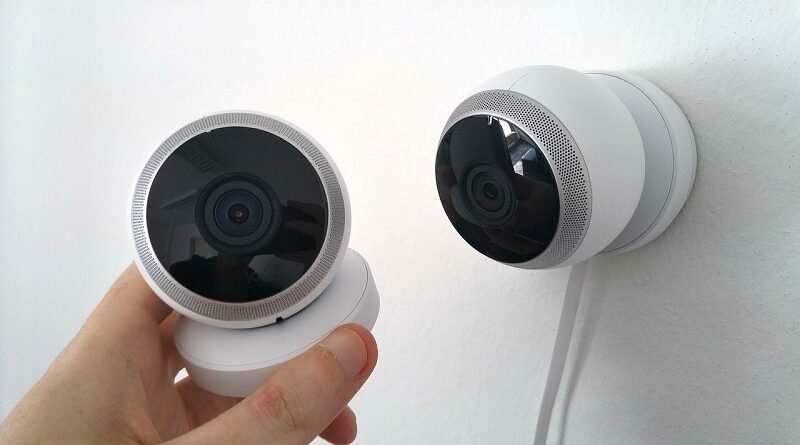 Video surveillance is present everywhere today, from residential installations to substantial enterprise applications. It has been used for decades and, over time, the technology has changed and advanced significantly. Today, many people are at the point of evaluating their needs and deciding whether to upgrade to an IP video surveillance system. If you are confused about whether digital video surveillance is the proper application for your business, read more to understand why IP cameras are the future and how they have replaced analog cameras.

Analog CCTV cameras record images in a digital recorder, converting the video to a digital format. The DVR should be connected to a monitor or router to be broadcast through an internal network for remote access to view the video. However, there are government regulations for the strength of analog signals.

An Internet Protocol Camera also referred to as an IP camera, is a digital video camera similar to a webcam. It receives and transmits data over a network or the Internet. Unlike any other webcam, it is a standalone unit with an IP address that requires nothing more than a network connection to transfer images. The IP camera connects to a network precisely the same as any other standard network device such as laptops, tablets, or printers.

IP cameras capture images the same way as a digital camera and then compress the files to transmit over the network. With a wired network connection via ethernet cable to a broadband modem or router or wirelessly via a WiFi router, IP cameras can be used to achieve higher efficiency and better security for your enterprise.

Setting up an IP Camera is relatively more uncomplicated, which requires nothing more than a network connection and a short time to configure the camera. The majority of IP Cameras in the market can be configured to provide continuous recording, live viewing, operate at a scheduled time, or be triggered by a specific event.

With the rising concern over increased protection of people and assets, every organization’s security department has started requiring a higher level of security with proactive prevention, a quicker identification, a prompt action earlier detection, a better situational awareness, and more. It is essential to conduct surveillance well-planned, give security staff good training, and ensure good communication between all related parties. Video surveillance has also become necessary. Many organizations continually reevaluate and enhance their video surveillance system to provide optimal daily security and operational efficiency.

While considering enhancing one’s analog video surveillance system, upgrading the analog system with the latest IP technology is an excellent way to raise the effectiveness and efficiency. A well-designed update plan avoids the extra cost and unwanted troubles, protecting past investment in the analog system.

It can be argued that HD analog cameras are more secure because they don’t have an IP address and run on a closed circuit. On the other hand, IP cameras can be accessed directly via the Internet, making them more receptive to vulnerabilities in the security system.

However, there can be some amount of risk while using IP cameras. Some steps can be taken to harden the IP devices against attacks. Hence, it is strongly recommended to use strong passwords, firewalls, and camera firmware.

Since IP cameras are the future of e-surveillance and have changed the face of the industry in the past few decades, listed below are some of the countless benefits that IP cameras offer over analog cameras:

With an increased frame rate than analog cameras (30-60/sec versus 6-10/sec), IP cameras help in improving the flow and clarity of security footage. In particular, an IP camera is a more innovative, more reliable option in high-motion areas.

As there are advancements in video surveillance technology, image quality has improved exponentially. The newest high-definition IP cameras can support much higher resolution footage than outdated analog systems. Image resolution can be as much as 20 times higher in some cases. Analog CCTV cameras transmit grainier, lower-quality images which lack the digital zoom function of IP cameras. This can be a problem if identifying information is required in the case of a security breach.

IP cameras offer a more comprehensive range of views than their analog counterparts. This implies that a single IP camera will often cover a greater area than several analog CCTV cameras. It is not only convenient but also means one will save more money.

Adding cameras to an analog system, on the other hand, is more complicated and costly. This is because analog CCTV cameras transmit video signals via coaxial cable to a Digital Video Recorder (DVR). All cameras in an analog CCTV system require a direct connection to the DVR, and there are a limited number of ports to support the same.

IP cameras have an in-built encryption system for secure video transmission. Analog cameras do not have this feature, which means hackers could potentially intercept your organization’s data or replace the video signal.

Users of an IP-based digital surveillance system also has the benefit of being able to log in online. As long as one has access to an internet connection, one can manage their system through a suite of software and apps and remotely view their business’s security footage.

IP camera systems have continued to increase in popularity, and manufacturers of analog CCTV systems are making fewer replacement parts. As the trend towards HD digital surveillance continues, it will become increasingly difficult to repair, service and replace tone’s existing analog equipment.

With higher resolution footage, greater functionality, scalability, and an ever-growing array of features, IP cameras are now the gold standards of video surveillance. Analog technology is outdated, and traditional analog CCTV cloud cameras are heading towards obsolescence. If your existing analog cameras fail, it is becoming increasingly difficult to find replacement cameras or parts.

Conclusion: IP video surveillance system provides considerable benefits to surveillance, such as exceptional image quality. As a result of these benefits, whether one should migrate to an IP system is no longer a question of “if” but “when.” If one wants to install a new surveillance system in their enterprise or upgrade their existing system, IP surveillance presents several advantages over traditional CCTV analog video technology.