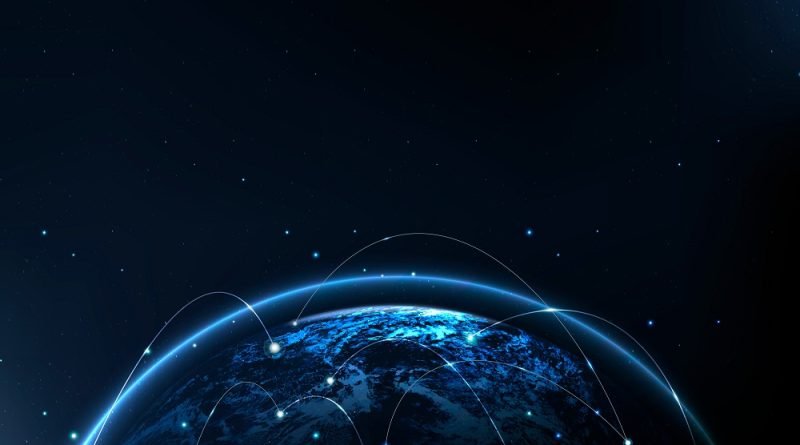 In this blog, we are going to know about the top 10 VPNs of 2022. But, first, we must know what is VPN and its work. So, the peoples who want to keep their identities private online and protect their internet traffic uses a virtual private network (VPN). The VPN server connects its users to safe servers and sends your internet traffic to an encrypted tunnel that nobody can see. The IP address of VPN users cannot be traced by the government, hackers, or your internet service provider.

Pros of using a VPN-

As it changes the IP address of its user, no one can trace your location, it provides a shield to your identity from the application or any websites. VPN does not require any personal details for operating it.

Some of the best VPNs even encrypt your internet provider, mobile carrier, or anyone who wants to trace your location to a whole different network, which makes it nearly impossible for anyone to know about your details.

When you use VPN, its server changes the IP address and makes you visible in any other country’s location which you select and where its servers are located. You can choose between almost all the countries of the world like Russia, China, Japan, the UK, the USA and many more.

A unique number is given to all the devices which are connected to the internet which identifies its user and the location where that device is operating in the world.

VPN prevents your device from security breaches like hackers, rogue wi-fi networks, sniffing, etc. When you use VPN, it runs the app in the background of your device for preventing cyber-attacks.

We placed this VPN on rank 1 because it provides very fast internet speed, 24/7 customer support service, free cloud backups, easy to use, and smart security. This VPN also provides 30 days free trial and then you can get its premium subscription. It is more costly than some of its competitors but, it provides the most efficient and effective service. The British Virgin Islands-registered company Express technologies ltd. Offers this Express VPN service.

This VPN encrypts your data transferred through a tunnel secured with AES-256 and this AES-256 is the same encrypted standard that is used by the U.S. government. Many experts use and recommend this VPN for classified information.

This VPN is considered the safest VPN. It provides very fast global internet speed. Nord VPN also uses the high encryption standard which is AES-256-GCM cipher. It is one of the most popular VPNs in the world.

Comparatively, it is cheaper than Express VPN and its subscription rate is $3.29/month for the past 2 years. This VPN has servers in 60 countries and it can provide internet speed up to 93Mbps. It can provide some extra features like Multihop (split tunnelling and double VPN), which helps to route your network through extra VPN servers.

This VPN has a CyberSec feature which is a malware blocker and comes with a built-in ad.

This VPN is an excellent choice for traveller’s and remote workers because this VPN provides an automatic Wi-Fi protection setting. Its users do not have to log personal usage data.

CyberGhost VPN has about 7800 servers across 91 countries and has dedicated IPs for remote private access. You can get this VPN subscription at a very affordable rate of $2.29/month and it also gives a 1-day free trial and 45 days refund guarantee if you don’t like its service. In airports, hotels, shops, or any other Wi-Fi-providing place, you can use this VPN for preventing your data from MitM (man in the middle).

The best feature about this VPN is, that it comes in two versions- free and paid. It has servers across 68 countries and is also accessible on US Netflix.   Windscribe provides a very high-speed network up to 95Mbps. By using this VPN network, you can bypass content filters in China.

It is one of the most recommended VPNs for streaming services. This VPN also allows torrenting on all free servers.

This VPN provides a genuine 5 days trial across Windows, macOS, iOS, and android. If you are looking for an affordable VPN then you can opt for this VPN because it provides a subscription starting from $2/month for over 2 years. It does not need any payment details for trials. Private VPN unblocks 14 Netflix regions, BBCs players, amazon prime video, Hulu, and many other platforms.

It can also provide internet speed up to 94Mbps. You can use this VPN for a high level of encryption and no log servers.

This VPN provides the highest internet speed up to 98Mbps because of its 17193 servers across 84 countries. For torrenting, it is considered the best VPN. The largest server network across the world is PIA (Private Internet Access) and it provides zero-logs VPN. You can stream US Netflix and BBC iPlayer easily from this VPN.

This VPN is an American-based VPN and has many advanced security settings. PIA VPN has a native application for Linux which keeps your internet browsing private and secure.

It has a VPN kill switch and port forwarding options.

Its ability to spoof your GPS location on Android phones sets this VPN apart from other VPNs. On using this VPN, you will get the ‘Override GPS location’ option which secures your android mobile applications using GPS to know your real location.

One of its effective features is, that it can bypass IP-based geo-blocks from services like Amazon prime video, Disney+, and HBO Max-like platforms. You can get its subscriptions at $2.30/month, which is a very low rate according to its service. It provides an unlimited device connections feature, which is very rare. It is worth every amount paid.

This VPN is owned by Mudhook Media Inc., which is a Florida-based Highwinds Network group. An unlimited number of devices can be connected through this VPN and it can bypass internet censorship across many countries.

It is a very efficient and popular VPN among gamers because it can easily run games that are regionally banned. It can provide a very stable internet connection. For T.V sticks and Kodi users, it is especially suited.

For those users, who want to prioritize connection speed and overall features, this VPN can be most suitable. For gamers, streamers, torrenting, and any other activity which needs a continuous high-speed connection, we recommend this VPN. This VPN has 100+ servers across 14 countries.

You can get a subscription to this VPN for $2.99/month with a 2-year plan. This VPN also supports unlimited device connections. One of the best advantages of this VPN is it can connect to servers very quickly. It also includes malware and an ad-blocking system.

If one has multiple devices or needs a VPN connection for the whole family, then he/she can opt for this VPN. This VPN has 950+ servers across 40 countries. Its peak speed was recorded at 600Mbps in the US. Among all VPNs, this VPN offers a dedicated app for a wider range of devices than most of its competitors.

You can buy its subscription at $3.66/month and if you don’t satisfy with its service, you can get 30 days refund guarantee. In this VPN, software for routers is also provided and it will work well for streaming.