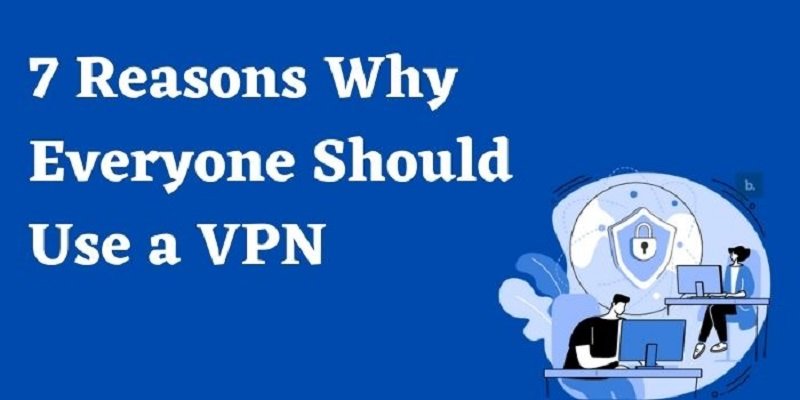 The Internet is definitely one of the best places in the world to be on! Today, more than two-thirds of the world population has its essence on the internet, one way or the other. The people who are not yet on the internet are being approached in order to get their place on the web. But just like all other things in the world, the internet comes with its problems too.

It is not possible that you have complete access to everything available on the internet. The internet is a very vast place, and you might probably miss out a lot of it due to reasons such as-

For the people who settle for what is provided to them, VPN is merely of any use. But the people, who do not settle for less, VPN is a must. The Internet is a large place, and if you want to visit every corner of it, you might probably require a VPN!

There are other reasons why a person would require a VPN. For some, it concerns the security and privacy of their data, or the data of the organisation for which they are working. People use VPN, in order to stay away and safe from the dark side of the internet, which includes hackers, malware, Trojan, data-theft, spying etc.

In this article, we will read in detail about the 7 reasons why everyone should use a VPN while accessing the internet.

What is the necessity of a VPN?

Given below are the reasons, which will sum up the total necessity of a VPN in our lives.

If you are an individual, who is having access to a site, which you should not be having (because your government has banned it or for other reasons), you definitely do not want your IP address to be visible to anyone. A good VPN gives you an IP address, of some other region or nation probably, which helps you hide your actual IP address, so that you can visit any site freely, without the fear of being caught for visiting illicit sites.

If you are concerned of the threats faced by people over the internet, such as thieves or hackers trying to evade your data, you surely need a VPN. A VPN makes sure that the data and information of the user is far from the reach of hackers, data-thieves or spies.

Sometimes, the government of a country feels that a particular site is not good for its citizens to watch, because of some content it feels as anti-national. Thus, it blocks that site or content from being visible to the people in that country. In this case, a VPN helps you in having access to that content by breaking the geographical barriers put in your way.

Using a VPN, you can easily surpass the barriers put on the internet on the basis of your geographical location. This means that you can watch some content or play some game which is not yet available in your region, or is banned by your government. This makes the arena of internet even wider for the users.

It has been seen worldwide, that the cost of various products differ, according to the location that they are in. This means that the same product can cost differently in two different geographical locations.

Using a VPN, you can do smart savings. You can buy any product using any other IP address, and you will have to pay the price available in that region. This way you can get your product for a cheaper price. This trick is widely used by people across the world while doing online shopping, in order to save money. You can also grab best VPN black friday sale using this.

This can also be used in other services such as flight and hotel bookings, whose rates also differ on the basis of the location of the user.

If you work in a business, and want to make sure that the information you are sharing with your colleagues through the internet stays safe and secure, a VPN is a must for you. VPN keeps your data private, and makes sure that no one, not even the VPN itself is able to access it, let alone steal it.

If you are using an unsafe connection (one without a password, or a public Wi-Fi), you definitely need a VPN, as you do not know what that unsafe connection can bring for you. It can lead the data on your device being posed to threat, such as theft, or being affected by viruses such as malware, or Trojan etc.

Using a VPN, you can stream media from Sites such as Netflix, Hulu, Prime Video, Hotstar, BBC iPlayer etc., which might not be available in your region, but are there in any other region. This allows you to have access to more content than what you are provided with.

A gamer, who wishes to have a particular object in the game, such as weapons or dresses, or some features which are not yet present in his/her region, can have access to them by using VPN.

There are some applications, such as some games or so, which are compatible only with a limited amount of devices or operating systems. A VPN could be of great use in solving this problem of compatibility.

A VPN helps in providing a fast and stable connection to the user. A good VPN, keeps the users away from advertisement or any other malicious content which can hinder its speed or stability of the connection.

Most gamers and live-streamers use a VPN, so that it can provide them with a stable and fast connections, saving them from hackers or any other things trying to hinder the stability of the connection.

Conclusion- 7 Reason Why Everyone Should Use A VPN

The reasons given above should be able to convince you completely, as to why you need a VPN for yourself. A VPN takes upon itself all the responsibility of providing you with a fast, safe and secure connection, so that you can do your work without tensions.