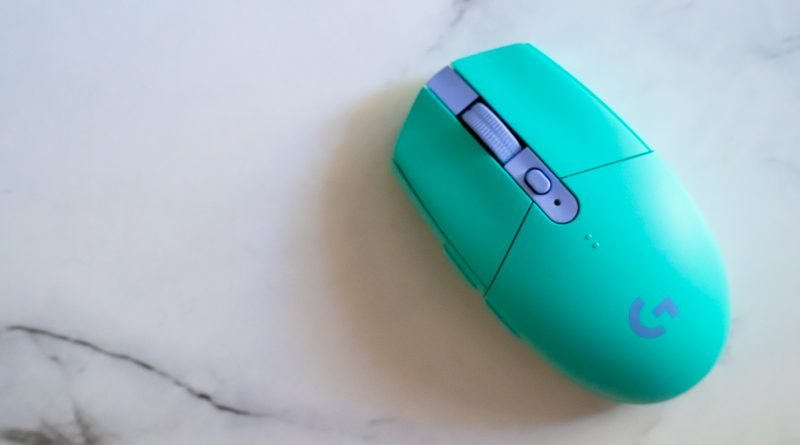 Wireless does not have to be expensive, Logitech is really busy at the moment. There is no lack of new products and innovations, which now cover almost the entire range from entry-level to high-end products. Thanks to the in-house developed Lightspeed technology, the range of wireless mice is also growing. The new Logitech G305 uses all of Logitech’s current technologies from Lightspeed to HERO sensor, but costs just 59.90 dollars (MSRP). We wanted to take a closer look.

If you have followed the development of the Logitech portfolio over the past few months, the Logitech G305 will look quite familiar. After all, it is broadly similar to the wired G Pro that was launched a few months ago. With a cute 116.6 x 62.15 x 38.2 mm and a mere 99 grams including battery, the G305 is quite a dwarf. Gamers with bulky paws might therefore not take the little one to heart.

Like the Logitech G Pro Gaming Maus  and Logitech MX Master 3S Gaming Maus, the G305 is simple and straightforward, but also does without any illumination, which would only eat up power unnecessarily anyway. Mouse wheel, dpi switch, two mouse buttons, two thumb buttons. That’s it. It could hardly be simpler. The pressure points of the keys are excellent, and the mouse wheel, which looks a bit cheap at first glance, works wonderfully precisely. The symmetrical design also makes the mouse ergonomically versatile, but with the small catch that there is no left-handed version. The thumb buttons sit firmly on the left side.

The scope of delivery includes an AA battery that powers the mouse and is supposed to offer a whopping 250 hours of runtime. Even frequent gamers hardly need more than one battery per month, the smart gamer gets rechargeable AA batteries anyway. By the way, if you’re worried that the mouse will run out of steam without you noticing, since it can’t be used with a cable, the mouse reminds you of the impending famine with a light when it has 15 percent charge left.

The necessary USB dongle for wireless operation is cleverly stored in a compartment in the mouse itself. This is a good idea, especially when you are on the road with the mouse. If the computer is a bit further away from the mouse, you can bridge a bit of distance with the included extension cable for the transmitter. Logitech has thought of almost everything.

As simple as the G305 is on the outside, it is full of the latest technology on the inside. Logitech uses the in-house Lightspeed technology for wireless transmission, which has long since proven itself and does not produce any noticeable latencies. The new HERO optical sensor is also installed, which is characterized by high energy efficiency and thus enables the long battery life. In addition, the sensor works without complaint and precisely in the range of 200 to 12,000 dpi. 1,000 Hz polling is just as clear as an integrated 32-bit ARM processor, which is responsible for bunkering the profiles. Up to five dpi levels as well as key assignments can be defined via the Logitech Gaming Software. This is quick and easy, especially since you can also set up different profiles in the software. All in all, gaming with the G305 is a pleasure, regardless of the genre, as long as you like the ergonomics of the small gaming device.