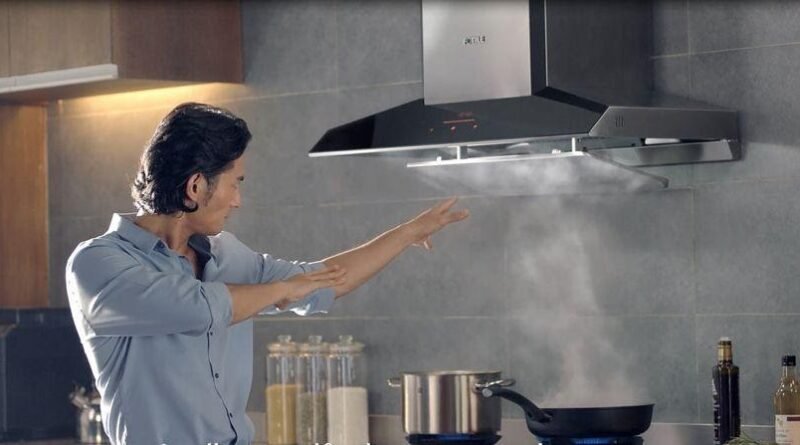 The chimney is a fundamental element in any kitchen. Its use allows, with the recycling of the air, to eliminate bad smells and fumes generated during cooking, also avoiding the formation of humidity, harmful to the furniture of the kitchen itself, but in general for the whole environment and the house.

Before analyzing the most important criteria for choosing the best kitchen chimneys in India, let us see in broad terms what are the different types by size and shape on the market:

1) The chimney with visible suction pipe, which is used in most cases. It is formed by the suction area, which usually has the appearance of a chimney in the most traditional form, although it can vary to more linear and squared shapes or to completely innovative and modern shapes, and by the suction pipe, in the shape of a squared column. Depending on the position that this type of chimney occupies, it is divided into:

a) wall model, is the one that is fixed on a linear wall.

b) corner model, it is usually used in small kitchens to recover the space in the corner, or in any case to give a specific shape to the kitchen, it is fixed in the corner between adjacent walls.

c) island model, suspended above the kitchen hob, fixed to the ceiling in a central area of ​​the room.

These types of chimneys are also defined as furnishing chimneys, given their total visibility, accentuated by the increasing attention given to them by the producers, who in delineating particular shapes, using different colors and using disparate materials, aimed at expressing an increasingly pleasant visual impact and harmonious as a whole, they make them objects of real furniture.

2) Built-in chimneys, have a linear shape, which fits into the kitchen cabinet. The suction tube is placed inside the cabinet. Depending on the structure and the combination, we distinguish the built-in chimneys in:

a) partial built-in, when the chimney is installed just under the cabinet. In this type we can further distinguish the models with removable front panel and the removable ones. Those with the front panel are composed of a fixed part and another, which thanks to a trolley, which slides on guides, can be extracted by increasing the suction surface. The removable ones are equipped with a front opening mechanism.

b) total built-in, when the chimney is installed inside the cabinet above the hob and remains inside it.

The choice of the ideal chimney passes through the first aspect to consider, that is the space available for its positioning. Once evaluated, we can establish its size, which must necessarily be at least the same width as the hob to be served, therefore a measurement between 60 cm and 120 cm.

The second consideration is the suction capacity in cubic meters per hour over 1 hour, in fact this flow rate must be adequate both to the volume of the environment and to the cooking size.

To ensure optimal ventilation, an air flow rate equal to the volume of the room multiplied by 5 (necessary air exchange) must be considered, so for example, if we have a kitchen of 4 meters by 6 meters and a height of 3 meters, we must focus on a chimney with a capacity of 4X6X3X5 = 360 m3 / h. At the same time, we must consider how much we cook, so we can establish that we cook often and perhaps for many people, we must focus on an air flow greater than 500 m3 / h.

Choosing a chimney that is slightly oversized with respect to the environment can be useful, as it allows you to use it at a reduced speed and reduce the emission of noise.

The noise must be included in a value ranging from 50 to 70 dba, usually, on the catalogs, according to the legislation, the maximum ventilation speed is indicated.

Another parameter to consider is the ventilation speed, which must be variable, to allow adequate suction to be used based on cooking needs.

On average, all chimneys have three speeds, in some four and in others the “booster” function is added, which carries out an intensive action to eliminate fumes and odors.

Finally, as regards energy consumption, it is necessary to evaluate two data, both indicated on the technical data sheet, that is the electrical absorption of the motor and of the lighting, the latter is affected by the technology of the bulbs used, which can be halogen, neon or led. Among all, the led ones consume less, we are talking about 3 watts per bulb, against 15/20 watts of halogen and neon.