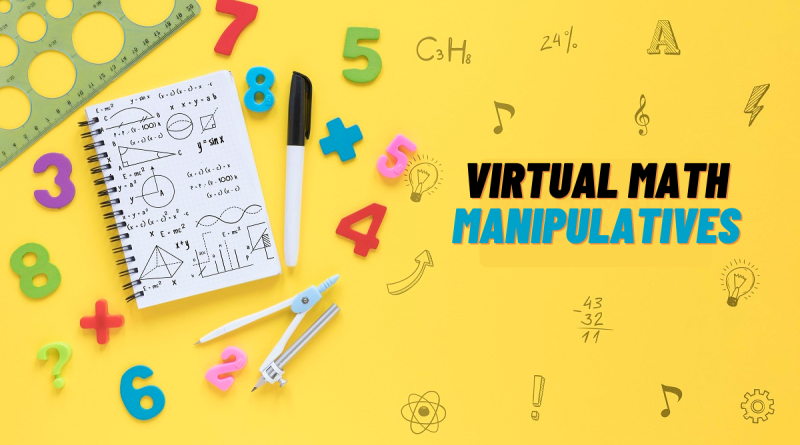 As you know some subjects are important yet interesting. Math has always been interesting for some while boring for the rest. While people who find it interesting get something new to learn, others who find it boring struggle to solve sums.

But one must know that in today’s generation math is not only based on numbers but also patterns, themes, and creativity. Earlier mathematics included only intellectual minds but now math has a wide set of variety of the people who find it boring. In many countries, math is taught to be the most interesting subject in the entire syllabus while in India we still have only basic graphications and technology. One must know that math does not only mean calculation of numbers but also theme and pattern creativity which helps people to learn them. It is said that a particular thing, person, or any other moment seems interesting only if we try to make it one of them.

What you aim for, you make it rather than cribbing with old calculations.

What are Virtual Math Manipulatives?

In other countries abroad teachers have made it much easier for children to do math as they have included basic creativity in their syllabus. They are known as ‘Virtual Math Manipulatives‘. It is known to be the visual representations of concrete math Manipulatives’ that are accessed through different websites digitally or on various apps or devices including tablets or phones or computers or any electrical gadgets.

Virtual Math Manipulatives’ are known to be used in classrooms concretely to represent the mathematical concepts abstractly and support students to understand mathematics by adding A level creativity in it. It helps students to build connections between various concepts and representations. The most common types of virtual Manipulatives which are used certainly these days are geoboards, pattern blocks, tangrams, and base-10 blocks.

The Apps under the organization are as under:

One must have heard about the BrainingCamp in the US. it already has many of its outlets for children willing to learn Virtual Math manipulatives. The BrainingCamp works on Chromebooks, Macs, PCs, iPads and some interactive whiteboards. This is an app that helps to gain a better experience overall. One can sign in to this app and take a better look at what this app can offer. No installations are required, you can simply access the link and activate it.  People have given many good reviews about the BrainingCamp. These apps are easy to use, as they are the most popular manipulatives at the fingertips. Some of the included games are Built-frames, number lines, factor tracks, place value charts, and more. This BrainingCamp is suitable for only students at home who want to learn math by adding creativity.

4 Basic features are as follows:

While talking about the Didax it is the professional development app for educators. This app provides short online courses. This app provides digital books for students to understand math more easily through creativity. There are a set of products available that this app provides to the students as a part of their job. In 2004 Didax developed its AMC. In 2014 Didax expanded one of its supplements and capabilities to fulfill the educational kits to thousands of kids. They provide manipulative kits for better use for every grade from kindergarten to grade 12th. Didax has some virtual math manipulatives. Didax helps to make the abstract real. This app is trusted by millions and is used for teaching counting and operations as they are all well made and simple to use. Didax happens to be incorporated in Massachusetts to distribute some of the unified materials. In 2021 Didax celebrated its 45 years and there were 100’s of teaching materials created.

Some of the games included are as follows:

The toy theater is an app that developed its base in the US and they have various games. Their math games teach early learners some of the fundamental block games which include counting, subtraction, addition, multiplication, and division. They also have various reading games that include hidden pictures, some spelling kits, and word search games with all original art. One fun fact about the toy theater is they also have a series of books including ‘Beatrix Potter’ stories and original toy theater stories in order. Some of the reviews by the parents on this app have been buzzing in the USA as the art activities for children have been proven useful with the classroom lessons provided, not only in the art designs but also in math. An interesting addition is that the child can find numerous doodle kits to enjoy while practicing math. It is known that a wide variety of games can be used on this site for a better understanding of the children.

Some of them included in the toy theater is as follows:

The Math Learning Center app gained a lot of popularity when it came into existence in the US. There are various visual models featured in the app. They are available in multiple versions. Some of them are fractions, geoboards, math clocks, math vocabulary cards, money pieces, and number charts. These are all the activities based on this app which helps the students to learn math more easily and at a greater speed be it of any grade. They have created separate activity sheets for every grade possible. This app also has a protocol that the students can share their thinking with the teachers on an online platform. This app is a basic introduction to the math learning center as a nonprofit organization that helps in serving the education community. They have a professional department that has workshop leaders to promote effective strategies and help students learn more effectively.

Math playground app is a basic platform for the students to learn math. It provides a lot of features and topics as a subheading for the app. For eg: the math games include a lot of basic Manipulatives. Learning games that provide logistics, fun kid games, fraction forests that provide a lot of basic math fractions for every grade, number puzzles, thinking blocks, and various others. It was Colleen King who was the creator of a math playground in the US. Some of the best math playground games invented are

All these games are a fun way to introduce and practice math. It includes a variety of math topics, from problem-solving to sharing core math strategies with many educators. It is certified and very well known due to its maker “Colleen king”. This playground is supported by many advertising pages to bring educational content. These educational initiatives are taken only by the professors in the US. These types of math game apps are not boring for the kids as they enjoy playing them. The reviews have been really good so far, as people have commented well about this app too.

The Mathigon app works a little complex but still displays the easiest math games. It contains the polypad art contest which includes fractals, timeline, sequences, flashcards, graph theory, origami factors, and symmetry. This app is loved by educators around the world as their unique and powerful tool with whichever curriculum or device you use. The mathigon poly pad is known to be the game-changer of all time. It helps to revolutionize math teaching. One can go through the reviews for these apps as you might get tired of scrolling down the number of paragraphs and applauds for these apps. It has been an amazing resource to the US people by enrolling their children into these apps.

All these apps altogether make much more effort to teach kids by letting them enjoy youth. While talking about India, there is no such app that the schools or institutes offer in India prolly, but they still manage to teach kids effectively with their talent because after all talent is all that matters in the end. Polypad is a drawing tool. Various lesson plans are included. Some of the basic tutorials are given to solve these games and puzzles. The similar teaching ideas that have been introduced in the poly pad through these apps run effectively.

There are various types of basic math games:

What else to expect?

In the mathematical field, there are various upgraded virtual math manipulatives:-

All of these include immense talent as well as brainstorming. There are different videos worldwide that help you gain knowledge about these games. If one is looking for Virtual math manipulatives then the six above mentioned apps are a game-changer for real. They are perfect for the middle year math and PAA tasks. They include high school and middle school courses. One must have heard about geometry, numbers, algebra, and probability and applications, each of them contain a different set of courses that one can learn. This is all that is included in the above mentioned apps. One can play and try these games as they are quite understandable and creative at the same time and will help you learn math through a different idea overall.

They increase confidence, leading to less confusion and deep understanding

Virtual math manipulatives have been introduced in this article as a viable computer to get learners familiar with mathematical representations and to help them gain applications that are quite creative and meaningful with the model games online. The motive of introducing virtual math manipulatives has been quite promising as they have improved the quality of understanding math. This happens to be computer-based. Abroad every school has introduced this topic to students and made it easy for them to understand. One needs to know what these Virtual Math Manipulatives are. Mathematics itself is known as a tool for solving and organizing problems. It is considered a tool for creativity and further, it is designed in such a way that the mathematical concepts are cleared successfully. All the reviews related to this have been positive and people are delighted to know about these math game apps.